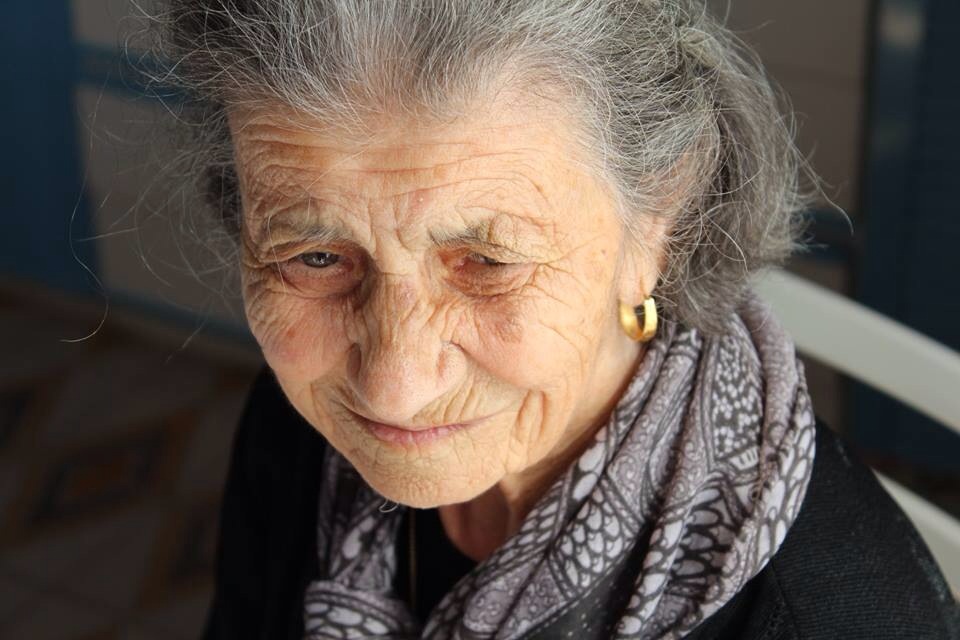 03 Mar The cultures where elders are revered

A village without the elderly is like a well without water.

When you think of yourself in old age, what images spring to mind? Do you imagine sitting beside your beloved on a porch, enjoying a drink as the sun goes down? Do you see afternoons spent playing with your grandchildren, teaching them the ways of the world? Or do you purposely avoid thinking about your elderly self at all, for fear of what your twilight years might hold?

After a lifetime of hard work and experiences, our elderhood should be a time to relax, enjoy the company of our loved ones and share all that we have learned. Yet in Australia, as with many other Western cultures, old age is more often characterised by a sense of isolation. As younger people, we lead busy lives that apparently allow no space for our older relatives. And rather than valuing our elders for their wisdom and potential contributions, we ship them off to aged care facilities to be cared for by strangers.

In this regard, Western societies are out of the ordinary and out of step with the rest of the world. If we look to other civilisations, we start to see a totally different picture of what elderhood can look like. In Italy’s Sardinia, for example — a place with a high population of inhabitants over the age of 100 — old people are treated with a special reverence. Dan Buettner, author of the bestselling book The Blue Zones: Lessons for Living Longer from the People Who’ve Lived the Longest, attributes the high number of Sardinian centenarians to the fact that older people enjoy a special place in the community.

“Here in Sardinia, the older you get, the more [social] equity you have. The more wisdom you’re celebrated for,” said Buettner in a 2009 TED Talk called How to Live to 100+. “This, as it turns out, is not only good for your ageing parents, to keep them close to the family… research shows it’s also good for the children of those families, who have lower rates of mortality and lower rates of disease. That’s called the Grandmother Effect.”

While Sardinia has been heavily researched due to its centenarians, this reverence for older people is seen across wider Italy and other Mediterannean countries, where it’s common for multiple generations to live together under one roof in a mutually beneficial arrangement. Grandparents help cook and care for grandchildren while their adult children go to work, and in return, experience a continued sense of purposefulness and connection.

Many Asian countries are also underpinned by the belief that older citizens have a great deal to offer the community. Influenced by Buddhism, Taoism and Confucianism, countries such as Japan, China, Korea and Vietnam all value to wisdom imparted by elders and treat them with a high degree of respect. In China, where the Confucian principle of filial piety (a family’s eldest son taking on the responsibility of caring for his parents in old age) is observed, a law passed in 2013 that punishes adult children who don’t visit their elderly parents. Respect for elders is literally enshrined in Chinese law.

Japan’s Okinawa is another example of a “Blue Zone” (that is, a region with a high proportion of people 100 years or older), and again, this longevity is partly thanks to the care and regard shown for the elderly. Research conducted in 2001 across mainland Japan shows that more than half the population of Japanese people over the age of 60 lived with their children — a figure three to 10 times greater than what was found in Western countries.

A 2011 article in the International Journal of Aging and Human Development notes that in Japan: “Old age is thus understood as a socially valuable part of life, even a time of “spring” or “rebirth” after a busy period of working and raising children (Kitayama, 2000; Lebra, 1976, 1984). With age, individuals are expected to gain transcendental understanding, including an accepting attitude toward death and the capacity to be an impartial contributor to social interactions (Lebra, 1984, Lock, 1998; Plath, 1980). The image of the older person as a sen-nin (wise sage) is common in popular Japanese culture.”

This image is echoed throughout African countries, where elders are served first at mealtimes and often act as judges in the community (in Somali, for example, these elders are called the “Oday”). Elders obviously also have a huge significance in Australian Indigenous societies, where an Elder is not just an older person, but one who has demonstrated a particularly deep level of wisdom and is in a position to pass culture down to younger generations. In Aboriginal communities, Elders hold a great deal of power. We see similar arrangements in Native American culture, where elders are considered “wisdom-keepers”.

“Elders are a very special group in society,” says the scientist David Suzuki. “We’ve got something no other group in society has. We have lived an entire life. We have made mistakes. We have celebrated successes. Suffered under failures. We’ve learned a hell of a lot in a lifetime. Now we’ve got something to troll through and look for those nuggets of information to pass on to the coming generation.”

Or, in the words of Muhammad Ali, “Old age is just a record of one’s whole life.”

In the non-traditional cultures of the West, we’ve lost sight of how valuable our older people are. We have a culture so fixated on work and financial gain that we tend to dismiss the importance of human beings once they stop being “productive” in the workforce (and, for women, in a reproductive or child-rearing sense as well). Dan Buettner notes that in Japan, where there is no word for retirement, a sense of “ikigai” (which translates to “reason for being”), is seen as another one of the major determinants in longevity. Even if an older person has retired, their ikigai gives them a reason to get out of bed in the morning, and younger friends or relatives can help provide this reason. After all, human beings are hardwired for connection.

When we find ourselves walking into the sunset of our lives, it’s unlikely to be the stacks of money we made or the career successes that matter: what will matter is how we spent time side-by-side with other humans, learning from each other about what it means to be human in this ever-unfolding world — both as a young person learning from their elders and an elder passing on their years of knowledge. In the words of Doctor Suzuki: “I believe elders, with the power of youth… and youth, with the power and the knowledge of elders… will be an unstoppable force.” It’s time to reshape the way we interact with our elders and see how precious they really are.

This website uses cookies to improve your experience while you navigate through the website. Out of these, the cookies that are categorized as necessary are stored on your browser as they are essential for the working of basic functionalities of the website. We also use third-party cookies that help us analyze and understand how you use this website. These cookies will be stored in your browser only with your consent. You also have the option to opt-out of these cookies. But opting out of some of these cookies may affect your browsing experience.
Necessary Always Enabled
Necessary cookies are absolutely essential for the website to function properly. These cookies ensure basic functionalities and security features of the website, anonymously.
Functional
Functional cookies help to perform certain functionalities like sharing the content of the website on social media platforms, collect feedbacks, and other third-party features.
Performance
Performance cookies are used to understand and analyze the key performance indexes of the website which helps in delivering a better user experience for the visitors.
Analytics
Analytical cookies are used to understand how visitors interact with the website. These cookies help provide information on metrics the number of visitors, bounce rate, traffic source, etc.
Advertisement
Advertisement cookies are used to provide visitors with relevant ads and marketing campaigns. These cookies track visitors across websites and collect information to provide customized ads.
Others
Other uncategorized cookies are those that are being analyzed and have not been classified into a category as yet.
SAVE & ACCEPT